Rasiglia tourist guide : an hidden gem in the Umbrian heart

Home/Tales of a Beautiful Nation/Rasiglia tourist guide : an hidden gem in the Umbrian heart
Previous Next

Rasiglia tourist guide : an hidden gem in the Umbrian heart

Tucked away in the foothills of Italy’s lofty Apennine mountain range, in the Umbrian province of Perugia, lies the tiny medieval town of Rasiglia. A 15 minute drive from neighbouring Foligno, and 40 minutes from Assisi, this quaint settlement is located 600m above sea level on a tranquil wooded hillside surrounded by nature. Escaping the stifling heat of the valley below, a refreshingly cool waft of mountain air greets you on arrival. The next thing you notice is the cheerful gurgle of flowing water. Let’s explore the area with our tourist guide of Rasiglia….! 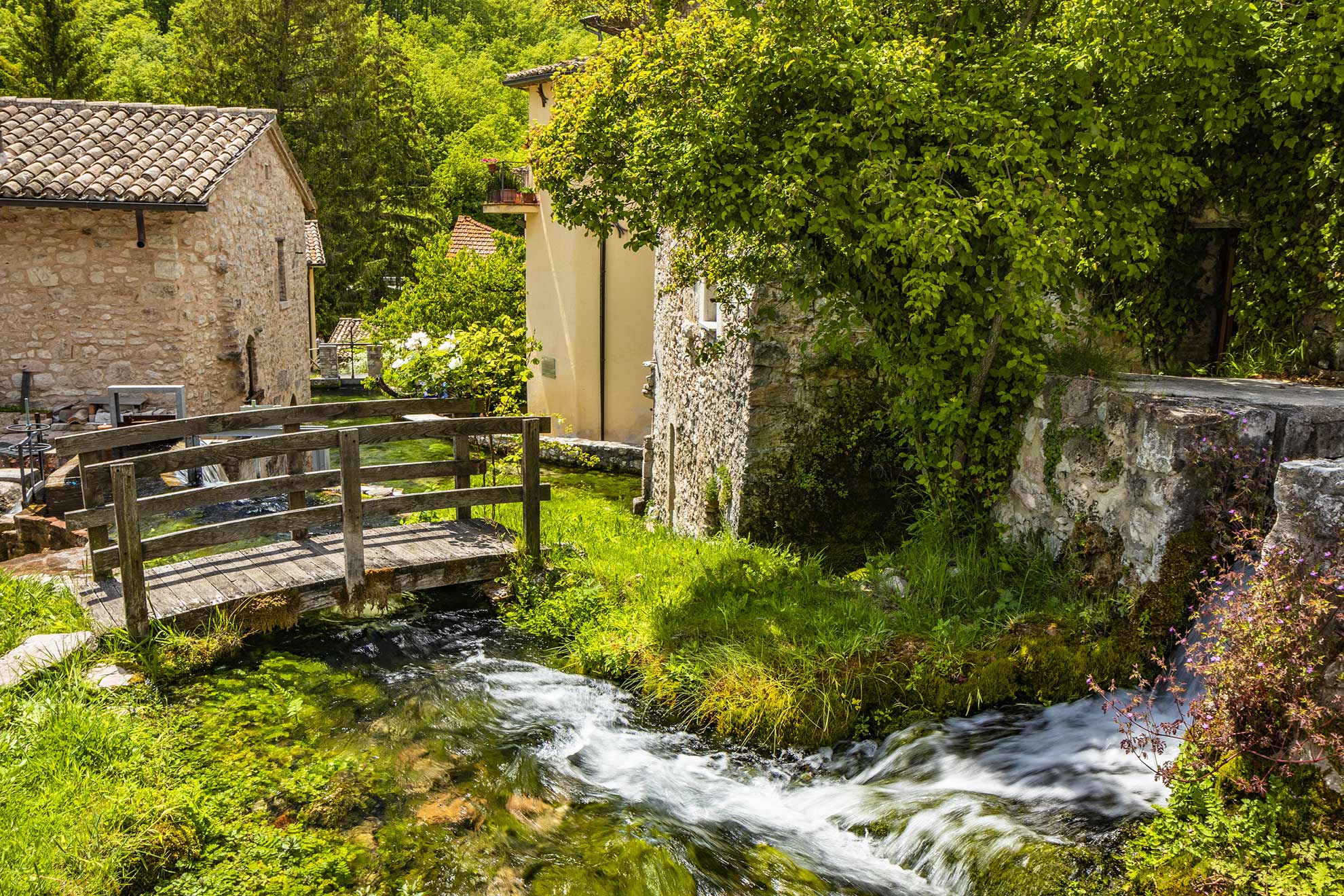 Rasiglia, a tiny gem of only 50 or so stone houses, is fondly known as the ‘little Venice of Umbria’, on account of its interlacing sequence of pools, canals and small waterfalls, which weave throughout the town. The water originates from a network of bubbling underground springs which flow down from the River Menotre. Visitors can wander through the town’s winding alleyways, linked by an intricate series of wooden and stone foot bridges. The channels of clear mountain water, fringed by mossy banks, flow around and even beneath many of the town buildings, lapping at ancient stone.

During the 15th century, local landowners the Trinci family saw the potential in harnessing the River Menotre as a source of energy. Tradesmen constructed a series locks and canals to channel the water, and a flourishing textile industry sprung up in Rasiglia. The town prospered for centuries, until industry eventually died out in the 1960s. Today plaques and old photos are displayed throughout Rasiglia, a living testament to its industrial heritage. Visitors can explore the old fulling mill from the 15th century, complete with its original grindstone, whilst the ancient wash house, used for wool dyeing, has been carefully restored.

Penelope a Rasiglia : a traditional event

‘Penelope a Rasiglia’ is an annual tradition in June, when villagers re-enact historic activities such as sheep shearing, wool dyeing and weaving. Tourists can take a guided walk around the town with a local resident, or partake in a number of traditional workshops including weaving, dyeing, or baking.

On the outskirts of Rasiglia, shaded by trees, stands the Sanctuary of the Madonna delle Grazie, an atmospheric, tranquil chapel, whose hushed walls are adorned with forty colourful painted frescoes dating back to the 13th century. A tiny underground crypt houses the fifteenth-century statue of the Madonna and the angels in adoration of the baby Jesus.
Following a path up the hill above town leads you to glorious views of the surrounding countryside. Here lay the ruins of Rasiglia’s castle, once home to the local Trinci dynasty.

Heading towards Foligno, the dramatically cascading Menotre Waterfalls are worth a detour, especially in summertime, when the bracingly cool water and shady woodland provide a refreshing respite from the heat.
Nearby, the stunning stalagmites and stalactites at the nearby Grotte dell’Abbadessa are another impressive wonder of nature. This karst network of tunnels, pillars, and dome shaped vaults is a distinctive natural phenomenon and not to be missed.
Also in the vicinity is the atmospheric Eremo Santa Maria Giacobbe, a secluded hermitage which clings dramatically to a rock face, whose internal walls are decorated with frescoes from the 13th century.

What about food in Rasiglia ? 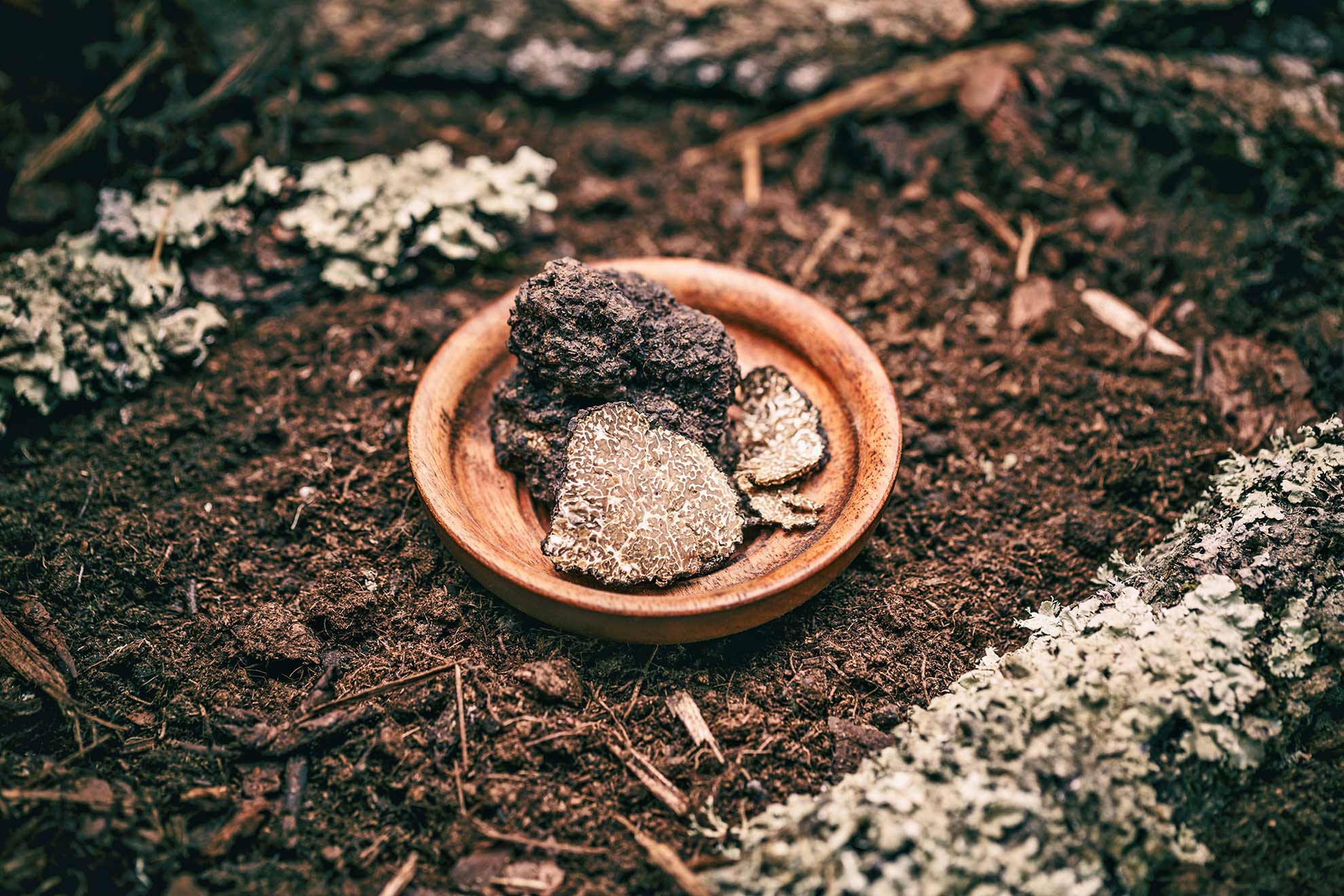 Perugias cuisine is hearty and seasonal. Local restaurants incorporate ingredients such as wild asparagus, porcini mushrooms, and the renowned and highly feted truffle. Black and white truffles are showcased in many of the region’s pasta and risotto dishes, and appear in antipasti such as crostini al tartufo, with black truffles, anchovies and olive oil, and alla norcina with anchovies, chicken livers and truffles. Meat dishes frequently feature lamb, pork, and game including wild boar, hare, and pigeon, whilst suckling pig is a regional specialty. Popular local cheeses include Caciotta and Raviggiolo.