Visit Trieste, in the far northeast of Italy

Home/Tales of a Beautiful Nation/Visit Trieste, in the far northeast of Italy
Previous Next

Visit Trieste, in the far northeast of Italy

Do you want to enjoy the Bel Paese without having to deal with the throngs of tourists in Venice, Rome and Florence? Try the seaport city of Trieste, located on the verge of the Italian and Slovenian border, in the northeastern region of Friuli Venezia Giulia.

This still little-known region has its own language and is kinda different from the rest of mainland Italy. Sitting at the crossroads of central Europe, Friuli’s regional capital Trieste showcases both Mediterranean and Continental artistic and cultural traits. Its grandiose architecture gives it a charming Mitteleuropean allure, which reminds of Austro-Hungarian imperial towns like Wien and Budapest.

Read on to find out more on this flourishing city in northern Italy’s Friuli Venezia Giulia region. 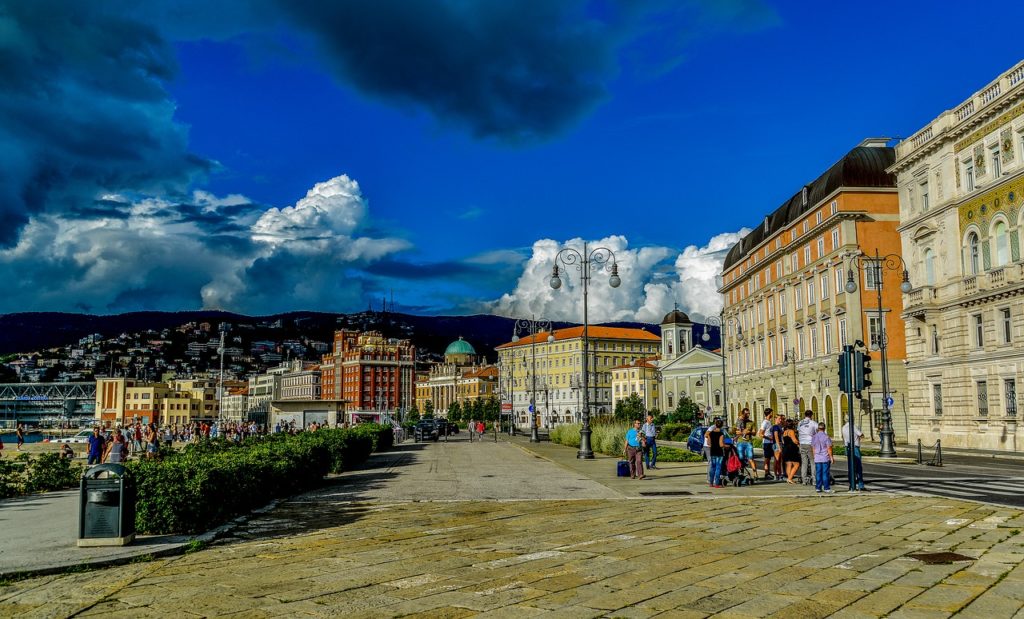 What to see in Trieste

The first things you notice upon arriving in Trieste are its large elegant buildings bearing the signature of both Austrian and old Roman architecture, and the bewitching views of the clear blue Adriatic Sea.

You can hop from the sturdy Castle of Saint Giusto, once a Roman fort, to Trieste Cathedral, dedicated to Saint Justus, and then from the Roman Theatre, built between the 1st and 2nd centuries AD, to the Miramare Castle, commissioned by Archduke Maximilian of Austria in 1855, sitting on a rocky outcrop 6 kilometers from the city center.

Wherever you decide to visit, make time in the afternoon to stop at a café in Piazza dell’Unità d’Italia, facing out towards the Adriatic. Due to its immense size, it is known as Europe’s largest sea-facing piazza. 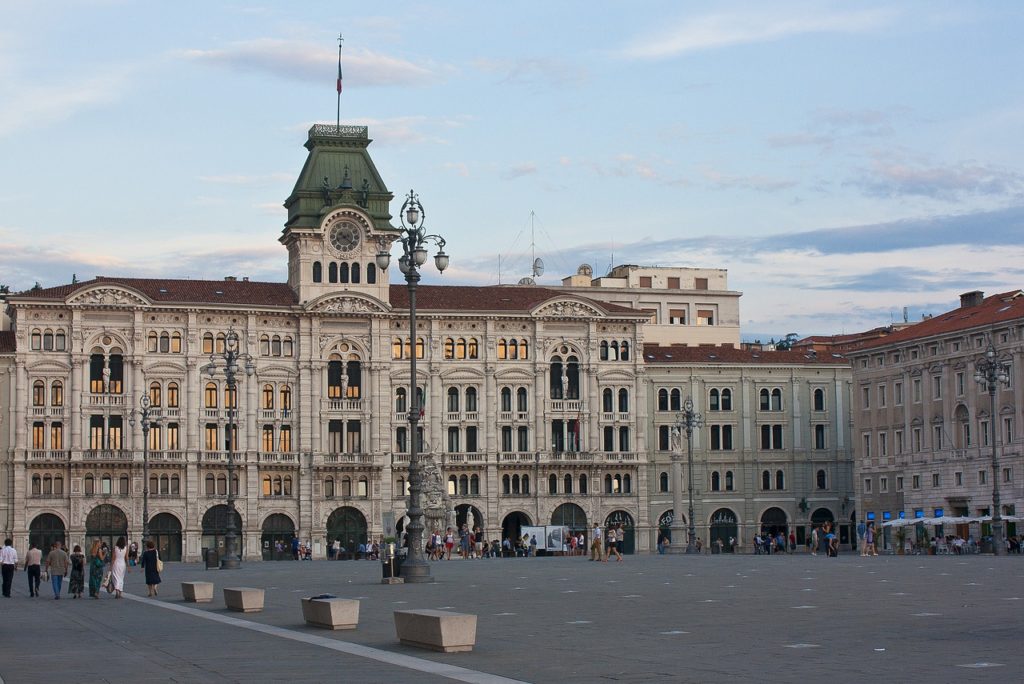 A fascinating promenade called Molo Audace sits directly next to the end of the square. In the heart of the historic old town is the Gran Canal de Trieste, a pleasant waterway crossed by three bridges. 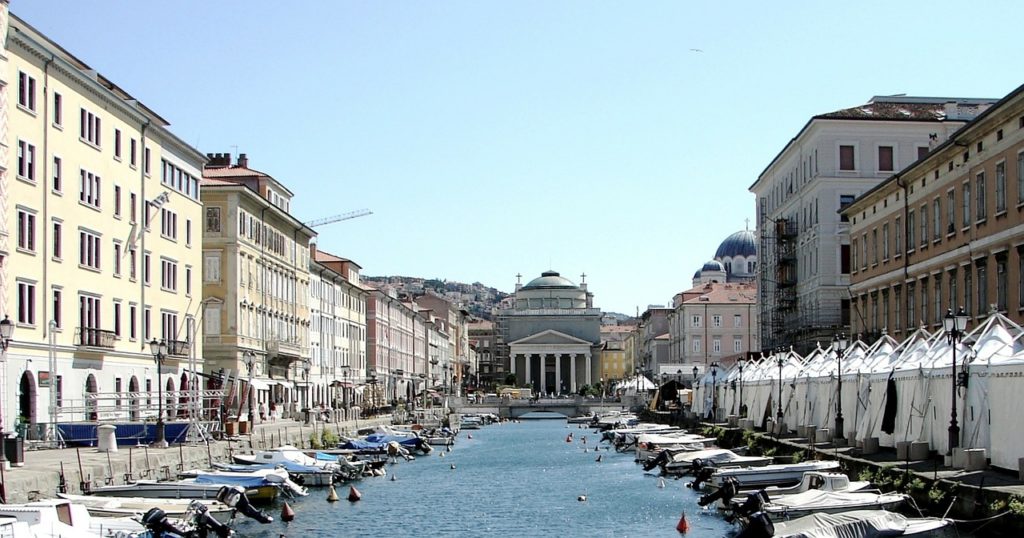 Trieste has become a vibrant multicultural hub, with a lively nightlife scene.

Northern Italy’s Friuli Venezia Giulia region has its distinctive local cuisine and world-famous wines. Gastronomy plays a central role in the life of Trieste, whose cuisine is everything but ordinary and shows characteristics from Italian, Slovenian and Austrian heritage.

A special mention goes to Friuli Venezia Giulia’s excellent wines, most of which are only produced in the area, characterized by a sunny microclimate created by its equidistance from the Adriatic to the south and the Alps to the north. Absolutely worth a try are the red Refosco dal Peduncolo Rosso, and Friulano, one of the world’s best white wines. 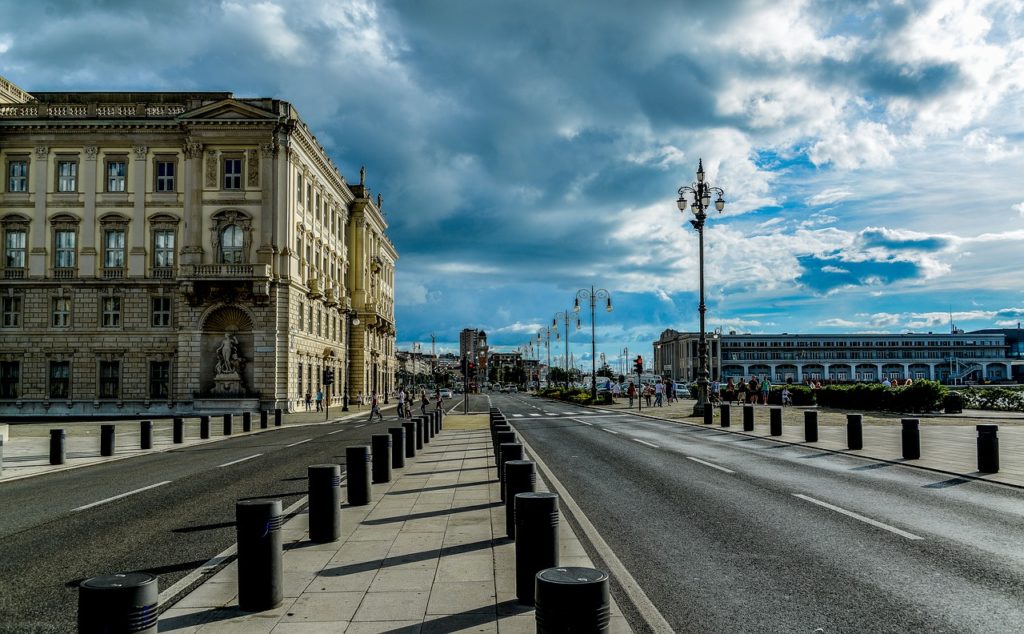 Each year on the second Sunday of October, Trieste hosts one of the world’s most important regattas, Barcolana, with thousands of sailing boats filling the Gulf of Trieste. The whole city participates to the event with music and street markets.

Where to stay in Trieste

We have rounded up some of the best luxury boutique hotels in Trieste, where you can enjoy a truly memorable stay. Contact us now.