Home/Tales of a Beautiful Nation/Sample some great wines in Menfi, Sicily
Previous Next

If you love wine-tasting, vineyard-hopping, blissful beaches and delicious food, you should definitely head to the ancient wine-making town of Menfi, sitting between the fisherman city of Sciacca and Selinunte with its magnificent temples, in southwestern Sicily.

A true gem of Southern Sicily, in the province of Agrigento, Menfi, is one of Italy’s finest and most historic wine towns, surrounded by gentle rolling, vine-carpeted hills.

Read on to find out more about Menfi.

What to do in Menfi, Sicily

Menfi has a wide range of local attractions to keep you entertained throughout your vacation. The following is a list of the top things to do in and around Menfi:

Not to be missed attractions in Manfi town include the castle of Burgimilluso in the old town, the Frederick’s Tower, the Palace of Pignatelli, the Mother Church of St. Anthony of Padua, the Church of St. Joseph, the Church of Maria Santissima Annunziata, with its impressive clock tower, and Palazzo Ravidà, with its beautiful portico with Doric columns in sandstone.

Thanks to its specific geomorphological connotation and top-quality ingredients, Menfi has an honourable viticultural and culinary tradition. This is the perfect place to make wine, as the vineyards lying close to the crystal azure sea are blessed with warm sunlight and sea breezes. 80% of the territory is devoted to agriculture and wine production and became a DOC region in 1995.

Menfi’s wines and delicious food are celebrated every year in June at the Inycon Festival, an event that aims to enhance the connection between the territory of Menfishire and wine and agriculture of sky-high quality.

Lemon and almond granita and brioche are commonly eaten as a breakfast dish in West Sicily during the summer. Yummy! 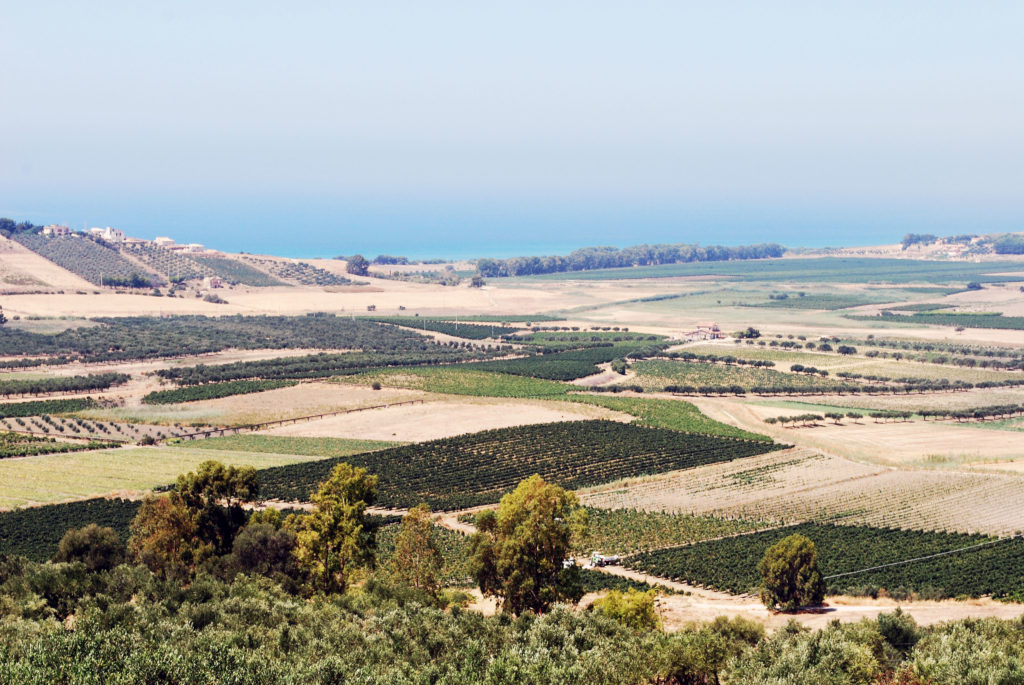 Come on, it is time to sample some vintages! We have selected the best boutique hotels and luxury retreats with panoramic views for you. Call us now to plan your relaxing holiday in Menfi, away from the stresses of daily life.